The start of the week saw me in the Tempe Double Tree Hotel and my workout pretty much looked like this on Monday and Wednesday: 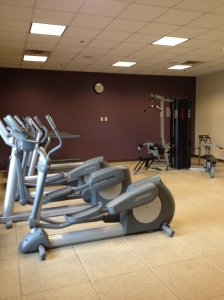 Sigh…This is really when you need the iPod my friends.  iPod – take me away!!  I’m not whining….riiight.  I have to say this was probably one of the worst gyms for a Double Tree hotel.  The T.V. reception was bad and there was no place to stretch out.  When you go into a place like this…there’s no doubt about it ,it’s business only and get the heck out.  I would have run outside, but unfamiliarity with the area, moving my daughter into her dorm and the 117 degree heat kept me indoors and on the dreadmill (I stole this from a Facebook buddy – I love it!) both days.

On Wednesday I ate this: 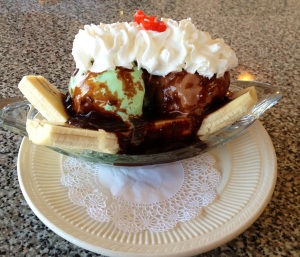 See why I run? My dessert in the desert.

On Thursday we were out tooling about and I stopped to take this: 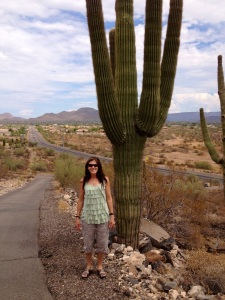 This was a big cactus.

We were out in the middle of nowhere.  I’m thinking who is living out here?  I don’t even see any animals.  It was hot, hot, hot and then I saw two people RUNNING on the street below!  I felt like such a wimp:/  Excuses in 3…2…1…

Since the kid was doing A-Okay I took an early flight home and sat next to a lady who was taking her son to college – in St. Louis!  It was pretty neat to have someone to talk too and share similar feelings about leaving your kid “behind’ at school.

Rested on Thursday and went for a walk on Friday – pretty uneventful.

Saturday is my long run day – should have pulled 8 but I decided to do 5 because I’m starting something special tomorrow!  Yay…I’ll tell you tomorrow 😮

Was glad to be in familiar surroundings on Saturday’s run. Nothing like running on a beautiful Saturday morning.  I was especially lucky on this run because I witnessed a woodpecker in a tree.  No doubt I would have missed it listening to the iPod.  What a treat.

Running along and I noticed a large quantity of Nutri Grain Bar wrappers.  Hmmmm.  Odd. It’s always difficult when you’re running and you see trash.  I want to pick it up, but then how can I run with all this trash.  It’s also odd for trash to be strewn about in the neighborhood – who knows maybe it was the wind or maybe someone was leaving a trail to find their way home.

Passed a green and then I saw it!  Why is it when I run without the iPod I tend to zone in on all the discarded beer cans and liquor bottles?  I have no clue.  This was the mack-daddy.  The hugest bottle of SMIRNOFF I’d ever seen.  It had to have been a half-gallon or more.  Do they even make that size? 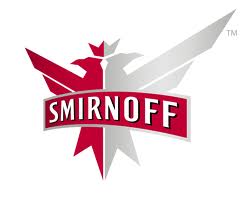 Can you imagine driving around in a golf cart drinking SMIRNOFF – ha!  That had to have been a sight.  Apparently is was all good because they left it on the 9th hole.

I leave you with some pictures I took while in Arizona…enjoy and happy miles to you. 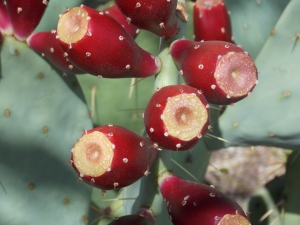 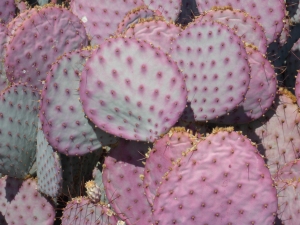 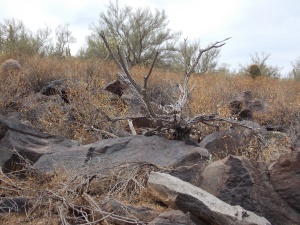