Hello everyone and Happy Sunday!  I still continue to move towards my halfway point!  It’s getting exciting and close!  Can you feel it?  My goodness I’ve been doing this a long time now, but I’m chipping away at that mileage and getting closer to the end goal.  It never seems to get old.  I mean sometimes it gets a little monotonous, but when I’m done or complete my mileage I still get that sparkle!

This week was pretty good week.  I tried to do something every day and have continued to work on my strength training with a combination of low mileage runs and did some indoor cycling.  I was going to do a longer run on Saturday, but opted for some faster paced runs to see how I felt.  I did mile sprints with the fastest being 9:45 and the slowest 10:14.  My Achilles on both ankles still continues to bite at me a bit.  Strange that both are hurting and I did pull back from riding today to give them a bit of a rest.

Good news I am a go for the Quantico 12K on 25 August.  It is in the Marine Corps Marathon family of races.  I’m excited to have signed up for my first race in Virginia.  I will be posting more about that in the future and race details can be found here Quantico 12K.

A couple of interesting things this week.  First, my mile pace runs on Saturday.  It really heated up this weekend.  Both Saturday and Sunday were in the 90s and the humidity was off the chart.  Any time it’s that hot it’s always important to hydrate and safely push yourself.  I learned something important about myself on Saturday, or at least found an inner fire that I seemed to have lost over the years.  I am competitive, but I like to call it a niiiccceee competitive.  When I was younger I was very competitive, but maybe I have mellowed over the years.  For my pace runs the first mile was more down hill than up.  I was at a good steady pace, listening to Led Zepplin’s Stairway to Heaven, when another runner (female) passed me.  She passed me, but then cut right in front of me and then proceeded to slow down.  Now, do I care that she passed me?  Uh, no…people pass me all the time, but normally they get on with it!  She slowed down so much that I had to slow my pace down.  She was close enough that I could touch her.  The first thing that went through my head was to slow down and let her get far enough ahead that I didn’t have to pass her again.  Thus playing the….pass game.  Something all runners know well.  I have been running long enough now that I do try to keep a steady pace.  It doesn’t always work, but for the most part I try.  I didn’t want to be “that guy”.  But then I thought, what the heck?  I said no way, you’re going to pass then pass.  I kept my pace and me and Robert Plant climbed that Stairway To Heaven together.  I blew by her and didn’t give her a second glance.  No!

Second, just to let you know how hot it was today.  I happened to be driving to Safeway and I saw a guy walking his dog on the sidewalk during the middle of the hottest part of the day.  All of a sudden the dog lurched forward and collapsed.  At first I thought it got bit by something, but the owner kept on walking with one of those retractable leashes unaware.  Finally the leash pulled taut and he went back to attend to the dog.  I watched them for about 30 seconds and I drove up to the light and turned around and stopped on the busy street.  The dog had collapsed due to heat exhaustion.  We loaded up the dog in my car and I drove him and his dog home.  He kept saying in disbelief he couldn’t believe it this happened.  The dog was old and it was way too hot.  If you’re too hot, your pet is too hot.  I’m glad that I was in the right place at the right time.  The dog was about 50 lbs and that would have made a long walk home.  Be careful out there!!

It’s hard to believe that in a week I will be in Ireland.  Roughly 10 months ago on a whim I decided that I would run the Dublin Marathon for my 50th birthday.  Thus began 8 months of training that will end next Sunday, 20 October.  While I was doing my initial planning I had to decide if I would run the race at the beginning of my trip then tour the country or at the end. To me it was an easy answer…beginning.  I wanted to be able to enjoy myself while traveling and this means being able to eat what I want, when I want.  If I toured first then tried to run the race I imagine that would have been 1) boring and 2) a big ‘ol mess. So, I opted to run first then enjoy myself later.

I believe my biggest hurdles are acclimation and sleep.  Anyone that has gone to a foreign country knows it takes a bit to adjust to the time change and I won’t really have enough time, only two days.  I have made peace with that fact that this may be…harder than I thought.  Meaning, this is going to be harder than I thought.

Ok. I did think about this one, but my favorite line states (…a month or two weeks before) uhhhh ain’t nobody got time for that!  The article suggests changing your sleeping habits 15 minutes at a time.  I think I will give this a go for as much as I possibly can.

2. Rest for three days before you leave.

Ok.  Cats/house you’re on your own – peace out!

3. Cut back on alcohol, caffeine, and sugar before you leave.

What that he**!!  Do you not know it’s October Fest and almost Halloween????!!!  I have already bought my candy, and yes I have to sample!!

Done and done…I live in the desert.

If there is one thing I hate is having to go to the bathroom on the plane.  I’m not kidding either.  Transatlantic is the worst.  I’m tiny and I can barely fit in that tube – but I will have to do it because the flight is about 7 hours…..so drink water I shall!

2. Sleep or stay awake (depending on arrival time).

Oh don’t worry…I will.  Someone has to keep an eye out for shenanigans.

But it’s so much more fun if I didn’t…no?

1. Go to bed or eat breakfast (depending on arrival time).

I’ll be arriving in the morning, so eating it is…which there is never an issue.

Baaawwwwaaaawwwaa!  Nice!  I have the system of a horse, melatonin won’t help this gal cut some ZZzzzzs.

We’ll, there you have it ~ Important information about time change and travel.  I will do my best to make the transition as painless as possible.

My week 14 training was very much welcomed.  Time to start focusing on resting the body a bit and my long run was only 9 miles!  Hallelujah!  For the most part feeling ok.  I’m not at 100% on feeling great and there are some aches and pains.  Most runners will read that line and say “when are there not”, but it is possible to run with minimal pain.  There is going to have to be an in-depth after action review on this marathon and my training when it’s all said and done.  But like they say ~ the train has left the station, hop on board!

A disappointing running week.  Been feeling pretty good with the exception of some minor aches and pains.  The top of the right foot is still hurting a bit and had some lower left back pain that has been lingering for a month, so I decided to go get it checked out.

One thing is certain, I usually have one foot in the grave before I trudge to the doctor.  I know, it’s not always the smartest thing to do, but I do hate to go.  The doctor gave me an MRI and it looks like I have a kidney stone.  Enter you’re own horror story here____________:-/  What!  I also found out that I most likely developed this due to dehydration.  I’ve been doing a little checking up and yep, it’s a possibility.

Now that I’m going through this I tried to think back on my hydration habits and yes, I could and should do much better.  Feed the machine.  Oh well – this too shall pass(wink:)

Or lack there of….  I am undisciplined at times.  This appears to be the case with my walking “training” in preparation for the 50 Mile Challenge.  Every time I decide to walk, I end up jogging, running, skipping or whatever.  All I know it isn’t walking.  I am coming clean.  I am a USDA grade A walking failure.  No, that’s not me in the photo…and no, I don’t know why the gentleman on the left isn’t wearing shoes in the snow.

There are only a couple of weeks left before I go on this adventure.  What do I plan to do to rectify this behavior you ask?  Nothing…nada…zero.  I’m going stone cold walking.  I figure this will be one of the many life lessons I will have to learn.

There are many kinds of failure in this world.

Like a really bad tattoo.  Something tells me this ended the “best friend status”.  No, that’s not me or my best friend.

Ready or not I’ll be there with bells on.  Hopefully, I won’t end up like this poor lass… 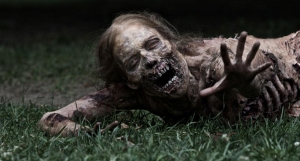 Reeling from a busy week!  My daughter graduated from high school and attended her dance competition all weekend.  Miles ran this week = 21.29 bringing me up to 329.19.

Happy Monday ya’ll, and run on…

Hope you’re having a great Monday and run on….

The first week of May didn’t start out as planned.  I had planned to walk at least 14 miles on Saturday training for the MS Challenge Walk.  Started off pretty good until I had to go to the bathroom.  I mean really!  I have this halfway mark in the hood where the bathroom is located.  Yes, you guessed it, today it’s locked!  I mean really!

There was a neighborhood garage sale going on and people were everywhere, so I imagine that’s why.  I began sizing up neighbors that would possibly let me utilize the facilities, but in the end I decide I needed to cut it short.  Sigh.  It was all for the best, the knee is telling me to take it easy and my foot is still healing from volleyball.  So the week totals 12.36.

Keep on keeping on….

When I have time I like to “juice”.  No not that type of juice, you know the vegetable, fruit kind.  When I stick with it, I will attest I do see the benefits.  I came across this joint juice recipe from Epicurious.com and thought I’d give it a try.  It’s very good, even with the spinach and parsley added.  If you want to give it a shot, here’s the recipe – enjoy and keep on running.